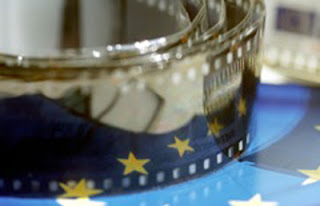 I grew up in a Europe that most of the films come from on single industry: Hollywood. We in Europe not only are well able to make good films, but we have a large market to promote them. Funny isn't it? The largest market in the world, can not be dominated by internal film "products".

I also think that Hollywood has become a mass propaganda machine, not just for America but for the whole capitalist system. We mostly see films about their lifestyle, trends, values, way of thinking.

We are being "Americanized," while we should be promoting and safeguarding our own values. Our American "cousins" are getting a huge advantage in dominating the world, by exporting their culture. And not just that, but they are getting a lot of revenue by dominating the film industry.

It is time to promote "Europeaness" and Europe in every chance we get. Our European culture,cities, countryside and lifestyle. Not to dominate the world as the Hollywood tries to do, rather to get to know each other and get that feeling of having something common. European movies in many European languages.

We have already many Film Festivals in Europe, we could start linking or synchronizing our film industries and create a base. Perhaps in Cannes in France, or any other city that hosts a well established film festival: Berlin, Venice, Dublin, Thessaloniki.

How about a common T.V. channel? A pan-European T.V. channel to broadcast not just news like the Euronews, but also programs, movies, documentaries,music, cartoons, events from all over Europe, even soap operas, T.V. series and so on.

Imagine what great initiative that would give to young European directors, artists, cartoonists, documentary producers, actors, music groups, if their work could be promoted not only in a national but pan-European level. The bigger the market, the more success and impact.

I was talking to an Irish taxi driver once. He told me that his son wanted to be a cartoonist, but for that, if he really wanted to make money out of it, he was thinking of moving to Japan! If we had a market over here, somewhere that young European artists can promote their work, our children would not have to move elsewhere.
Posted by The Eblana European Democratic Movement at 11:32 PM