Thoughts on the upcoming war against Syria. 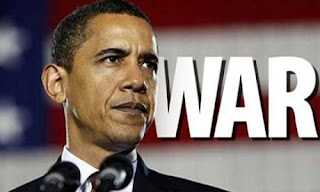 As the world holds its breath for a new war against Syria, it is impossible not to have a sense of anger and disgust about what has been, is and is going to happen in the region.

We all knew that the possibility of the Western allies to intervene in Syria was high, but somehow we were hoping that common sense and humanity would prevail.

After the use of chemicals on innocent people allegedly by the Assad regime, there was an outcry throughout the Western world. But the UN hasn't yet investigated who used chemical weapons in Syria and it did not come to any conclusions. Hastily Europe and the USA are already preparing for war. A sense of deja-vu comes to mind, as we have seen similar cases many times before, like that of Iraq.

To understand what is going on, we need to stop thinking or reasoning the politics of Syria and the whole region of Middle East as we do for Europe. They have a very different way of thinking, they are a different culture. And their political heritage and reality is very different from ours. The Islamic and Arabic traditions have influenced politics in the region. Also foreign factors and meddling, especially during the era or European colonization in the Middle East have left their mark.

The Arab states do not have the same version of democracy as we do. In fact most they do not believe in it and that is why most Arabic states are not democracies with European standards, but they have established their own version of our most cherished political system. We just do not understand Arab politics, but that is not a reason to support as citizens a further intervention in Middle East, as the situation is tricky. From one side we have a dictator oppressing his people and in the other we have rebels with links to radical extremists.

Whose side do we get on? In reality this decision was taken for us a long time ago, as the Western media made it clear that the enemy of the West was the Assad regime. Obviously America and Europe just needed an excuse to strike. They have been supporting the rebels against the Assad regime openly and even promised to supply them with weapons, their kind remains unknown. Since we have no official evidence on who used the chemicals, ideally we should not condone to a war on Syria so easily.

There are a lot of parties involved in the conflict and not all things are as they seem. Some of these parties are supporters of the USA in the region and many are their enemies. But when two parties have the same enemy, who can exclude the option of them cooperating in one case, while fighting each other in another?

The rebels in Syria are supported by Al-Qaeda that are enemies of the Assad regime. If Barack Obama decides to attack the Syrian regime, he has ensured – for the very first time in history – that the United States will be on the same side as Al-Qaeda. (The Independent)

Will it be unreasonable to think that perhaps it was the agents of America or Al-Qaeda that used the chemical weapons, to provoke and initiate their involvement in their region? For too long now the West was looking for an opportunity to invade. Either it is Russia, America, China, Britain or France, they all have a reason to get involved and secure their interests.

This is how it has always been and how it works. When the interests of big powers are conflicting, innocent civilians and soldiers die. And what we will have in the end is another Afghanistan. In the past the Americans supported the Taliban against the Soviets. Thirty years later it was them who were fighting against them. Now they support the rebels in Syria, despite their Al-Qaeda links and despite their crimes against the Christians of Syria and other groups of people. Thirty years from now, they will invade again to fight the very same people they are helping now.


The war is definitely good news for the US weapon industry, as they probably have secured few more months or even years of profits. The Americans and their European allies will do whatever they want to serve their interests and the interests of those who they serve, the weapon and oil industry.Sadly, war is profitable business for some.

Syria could also be the next Iraq by all means. As stable is Iraq today and as successful was the Western intervention there, the same will be the future for Syria. The Westerners have a tradition of lies, when it comes in promoting their interests and achieving what they want, as they proved in Iraq and the "weapons of mass distruction" argument. The Russians are no better either. So the Syrian people are captured between the interests of the big powers of this world and local old feuds and political, ideological, religious and social struggles.

And that makes this conflict very dangerous and we should be far more careful. Russia and China have repeatedly expressed their objections on a Western military intervention. The Russians even have sent warships in the region to protect the Russian citizens based on the region. Syria is Russia's last ally in the Middle East and it is doubtful that they are going to let it go as easily.

They and the Chinese have walked out from a UN Security Council voting on the Syrian situation and that is a serious warning. (InvestmentWatchBlog) Iran has also condemned any military strike by the US and made threats on bombing Israel. There are many parties from neighboring countries like Lebanon and Palestine that will get involved, if the conflict escalates. Also what if Britain attacks Syria from their bases in Cyprus and the Syrians retaliate hitting back and implicating the island nation?

It is very possible that the war will spill over to all neighboring nations, like Lebanon, Turkey, Israel, Iraq and Iran. This operation can have far worse implications for the region and all the people living in it. European states should be very careful when deciding to enter a war, that could escalate in a greater conflict that could engulf the whole region and Europe itself.
Posted by The Eblana European Democratic Movement at 1:12 AM 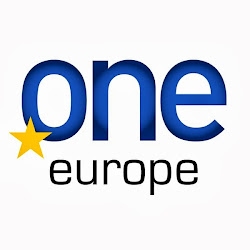