How can we tackle global inequality? 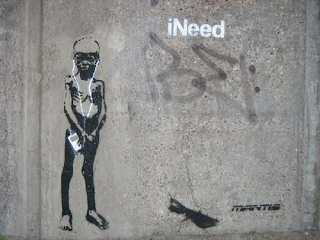 During the past few years we notice the issue of the "inclusive growth," (i.e. economic growth that is broad-based and benefits the majority of the population).

The last decade has seen the steady rise of developing countries across the world, led by the BRICs (Brazil, Russia, India and China). However, rapid economic growth has often been accompanied by rising inequality (Debating Europe).

How can we expect to have equality in this world, when our very our civilization and nature of our economies are capitalist. Meaning that we all are constantly striving to accumulate ever increasing wealth at any cost.

The only thing our economies and countries must work to achieve is growth. More money and power gathered into the hands of few. This greedy attitude is the root of all evil that our world experiences. Once a group of people or countries get rich or powerful enough, then all they are trying to do is accumulate more wealth, plus trying to prevent others of getting access to it. Because if too many nations have access to the same amount of wealth, that results to less of it for the already wealthy.

Under these conditions, how can we promote equality in the world? In reality such idea is only a utopia that will never be fully achieved. But at least we can try to make our societies a bit more equal and less painful for those in the lower classes. Because if we want to try to achieve absolute equality, then we have to proceed with wealth redistribution among the different levels of societies and among states and regions.Something that the rich nations would no doubt oppose.

So in a utopia vision, which most likely will never come to reality, the following should be achieved in order to achieve equality.

a) Reduce the importance of all tax haven states, if not scrapping their taxation policies and encourage them to integrate in a bigger state or international organization for their survival. The only purpose of their existence is to promote tax evasion. How on earth can we tackle such issue, when we have countries on our planet that they are fostering it and of course make profit out of it.

b) Limit the power of the banks and the markets, or at least regulate them. Create rating agencies in Europe and Asia or other regions so that we will have more competition in this industry too. Now the whole world is rated according to American interests, their way of doing business and mentality. Not necessarily the right one for all nations or cultures.

c) Scrap the Security Council in the UN, or at least reform it. The countries in it are still representing the post WW2 status quo of global power. The permanent members are the world's so called "super-powers," (USA, China, Russia, France and Britain). The non permanent members are selected for a two year membership, that can be from any region of the world. How can a small African country that is elected for just two years can make any real difference representing its region's interests, when having to deal with giants like the USA and Russia?


d) Allow all countries to be able to exploit their natural resources without the intervention of third parties, blocks, corporations or countries. The main problem is that some countries are free to exploit their natural resources freely for the benefit of their people like Norway, yet in other regions the global players and powers are corrupting the national elites of a certain country with money.

So that they will sell out their national resources for scraps, benefiting only the political elites and those corporations/groups/countries involved. How can we talk about “equality” when there are forces who promote inequality by corrupting the political elites of certain states?

e) Promote transnational organizations and formations like the EU, to promote integration and break the traditional “national” politics. In some countries like Greece and Ireland, politics are still decided under the influence and legacy of the divisive post civil war politics. All these countries suffered bloody and destructive civil wars that left a mark in the political life of the state, until today.

There are usually two main parties that represent the two rival sides of the civil war and traditionally families vote according to their family’s allegiance to each. How can we ever move on and progress with this mentality? We need a new blood of thinker politicians with a vision, not an ideology.

f) Reform the capitalist system, stop the accumulation of money and power in some corporations, states or organizations at any cost. Reverse the growth oriented GDP economy and focus in creating a fair society that works, not a society that knows only to consume. Control the influence of the markets and the rating agencies, that are pushing for growth evermore.

If “growth” means that we as a society have to go backwards, scraping all worker’s rights and quality of life of our citizens in the name of "growth" and "competitiveness," then it is immoral. Also health and education should be free for all and not be privatized, they are a human right not a commodity.

g) Stop the "commodification" of everything: from fish to land, plants, animals, natural resources and soon even the water or the air that we breath and even worse, the "commodification" of people themselves. When we are talking about work force and the so called "labor market" that must be flexible, non-permanent with as less social rights as possible, then we are turning humans into another asset.

Any country with strong social policies is avoided by the "investors" and is considered as "less competitive." It is heaven for them after all, to have workers that work a lot with as little money as possible. How can we expect young people to create families, to start up a career or a new life, when we create unfavorable conditions for them to get a job, unless they get exploited.

h) No to privatizations of all natural resources. A nation's government must have at least partial control over them. A country's government represents the democratically elected by the people decision makers, they are their voice and the care takers of these resources. Their best interest and those of the people are better served when the resources are under the control of the government.

Foreign multinationals do not care about the people, the environment or any issues that may arise. Their only care is to make profit. So why pass full control to them over your resources in exchange for a few jobs? While just as Norway has done with its oil reserves, a government must manage the resources and invest in a fund that all the country's citizens will benefit out of it.

If just a few of the above points are ever achieved, global inequality will be limited if not eradicated. The problem is, who will dare to proceed with these drastic but necessary reforms, when they will radically transform our world for the better but to the detriment of the rich nations and their elites?
Posted by The Eblana European Democratic Movement at 12:24 AM